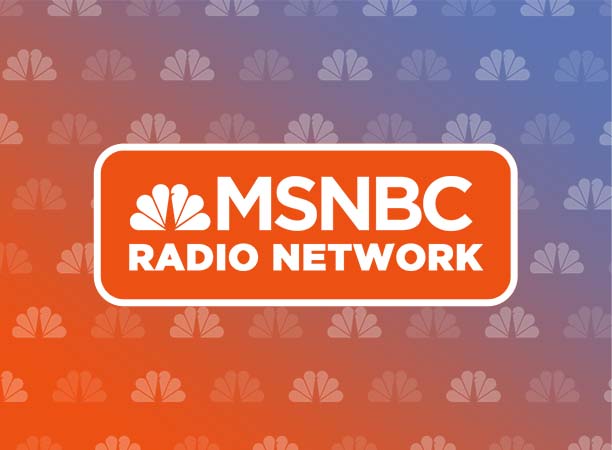 MSNBC is a world-known media network that mostly cover political and burning issues of society. It is a group of different divisions all of them primarily working on news updates. This network of the station started its business on the 15th of July in 1996 and currently most listened to platforms around the world. It was recorded in 2015 that almost 94,531,000 household media devices were listening to msnbc radio coverage out of which more than 81 percent were television.

The political talk shows from the channel have a separate fan base around the globe. Domestically, the channel is available to every native of the United States while other listeners can access it from plenty of sources like internet and smartphone apps to mention a few. The name of the network was adopted as it was founded with the partnership of Microsoft and General Electrics.

CNBC, NBC, CNBC World, E!, MSNBC Live Audio, NBCSN, USA Network, Golf Channel, Syfy, Euronews, Bravo, and Sky News are some entities that join the network of MSNBC together work under the ownership of NBC Universal which is further operated by Comcast. The home offices of the channel operate from 30 Rockefeller Plaza, New York City. People from all around the world curiously wait for the political debates and commentary from this platform. The daily operations of MSNBC radio are monitored by Phil Griffin who provides its services as president and director of day-to-day operations. This network of mainstream media continues to grow day by day by reaching a greater number of audiences through their quality services. Some hot shows from the channel are below:

Official site of the radio is msnbc.com